Today is the last day you are giving me, and I am so in awe of what has happened this past year. It seems like I just lived 2 separate years instead of 1, 2 very different pairs of 6 months that yet were unified into 1 year, you, 2014.

Re-reading and reflecting on the 2 prayer journals I’ve kept of you 2014, it’s pretty wild to see where we began, how you started it all. I almost forgot some of it, really! Starting a job that could lead to a career, continuing a long-term dating relationship, leading 2 homechurches instead of 1…ultimately, 2014 feeling like you were wooing me into adulthood, into independent life. I thought I just had started to figure out what could be the beginning of my adult life.

(And yet I should have known! How much deeper am I learning and recalling understanding of this Word!)

July hits, and the summer sun heats up my skin, heats up “my plans,” bakes them to see how long they can withstand the heat.

Exactly one week after turning 23, moving towards adulthood now not in just age but in action, my version of “adulthood” seems to be taking a complete u-turn, heading back towards the past now, back to 18, back to 13, back to those first diagnosises and scans and tests and treatments.

Working and dating reverse and cease. Go from clocking in to work to now chemo. Return back to parents house, to my room I haven’t lived in 6 years now. Switch from the drivers seat to the passengers seat.

Ultimately, from striving towards my independence to now learning how to be dependent.

On God.
On prayer.
On the Word.
On family.
On friends.

Oh, I’m learning now how much I actually already knew independence, pride, selfishness, and that what I thought was independent life in beginning of 2014 was really a mythical mirage.

dear 2014, this is definitely not where I expected to be on my last day of you, but I am humbled and grateful. I smile when I look back on some of our first prayer-journal requests and goals of the year and see “Read the Psalms throughout the year” is listed and has been shaped by you to be totally true of myself. I see where I was graciously redirected in other areas in ways that I didn’t understand in the moment and yet still only see the glimpses of why and am satisfied.

2014, can you whisper to 2015 and ask of the same things, to continue to grow me in humility and grace and dependence and gratitude?

2014, please show up again in my thought life and mind during 2015, reminding me of what happened between us to instill confidence in the Author and Creator of you? 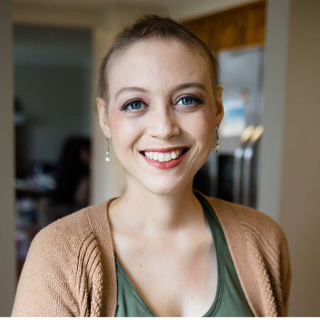